My sister is having baby girl number three in seven weeks, yay! (and I became an Aunt again this week too!) Anyway, SO I decided to make her a blessing dress and I was really happy with how it turned out for the most part, there are a few things that I messed up but hopefully they aren't too noticeable! 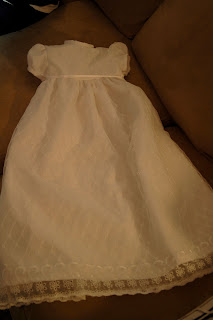 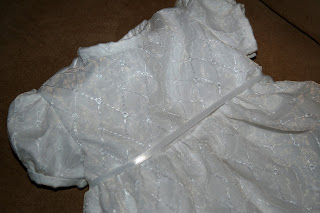 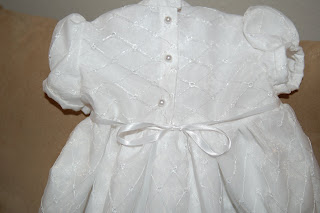 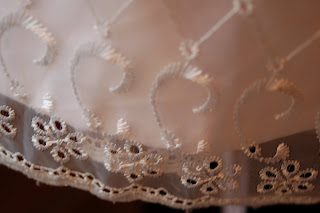 It's that time of year again for baseball! WAHOO! right. :) No really I enjoy it a lot more than I did when we were first married, but now it is harder with two kids to take to the game!!!

We went to our first Rockies game of the season they were playing the Marlins. Our friends brother pitches for the Marlins so we went to see our friend and his brother play this last weekend. It was really pretty fun. The girls did great, Whitney slept the ENTIRE time and Morgan loves it, but mommy had a terrible headache! ANYWAY, while we were there Morgan said so pretty funny things:

There was an older man sitting a few rows behind us and he was wearing a hat that was in the shape of the Rocky Mountain's, anyway, so Morgan looks at him then she looks at me and says, "Mommy! I found a King!!!" It was really funny, I wish I could find a picture but I haven't had any luck.

Then later in the game the crowd was booing and Morgan just looks at me and says, "What was that?!" I said, "I don't know what was it?" She says, "A COW!" haha, I love the mind of a two year old....most days!