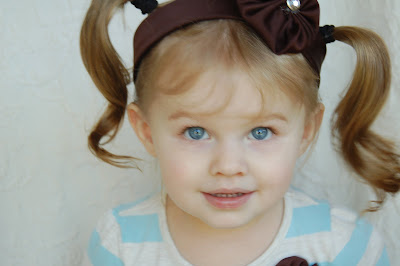 Whitney's birthday was a few weeks ago. We didn't do anything to exciting...and right now I can't even think about what we did! Sad!!! Pretty sure we went to the park...maybe to target! That is what I get for not blogging sooner. Jeff did bring pizza home (it was a long day...that I remember!) 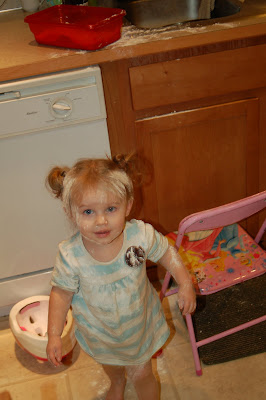 Whitney "helping" with her birthday cake! 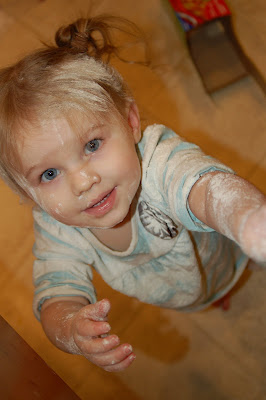 She is very into seeing the pictures AS SOON as I take them. Seriously, we take one picture and she gets up and HAS to see it or else she throws a fit. The little stink! :) 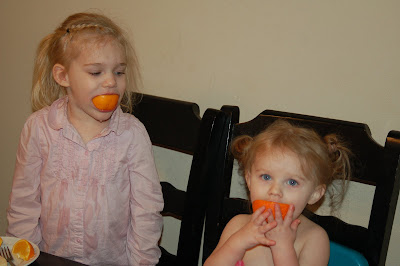 I wish half of our stuff wasn't in Colorado! I have a picture of me in college with half an orange in my mouth...like Mother like daughter? :)

Ok, so Whitney was having a really rough day on her birthday and it did not stop when Daddy got home with dinner. He brought pizza and I LOVE crushed red peppers on my pizza so I brought them out and Whitney would NOT stop whining until she was able to put some on her pizza....we told her no...a few times. She was not going to have that, so finally we broke down and let her put SOME on her pizza. She was happy...that is until she took a bite! 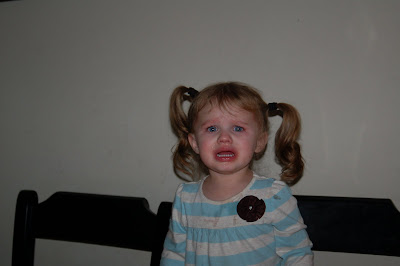 She was not a happy camper! It was so funny but I felt SO bad. We finally were able to get her to drink a little milk to help her poor tongue to cool down. 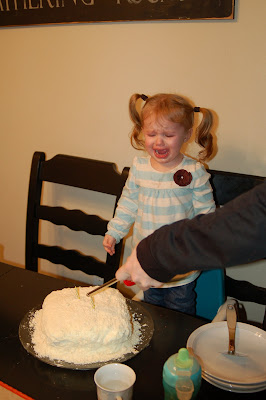 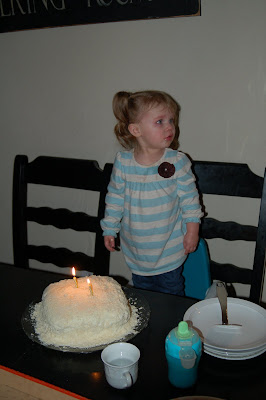 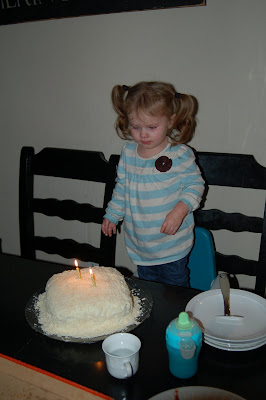 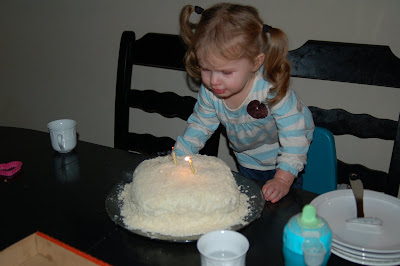 (the cake did not look good, but it was so tasty! It is a knock off of one that they serve at Olive Garden. YUMMY! Thanks Shelly for the recipe!)

She has FINALLY started talking more, a week or two before Christmas it finally happened. Morgan was SUCH a talker that I was starting to worry! She has used the potty quite a few times, but isn't to interested in taking it on full time...yet. She is such a little trouble maker, into EVERYTHING, my stuff, Daddy's stuff, Morgan's stuff, Cole's stuff, cooking stuff, EVERYTHING. This girl!!! BUT, she loves her sister's SO much it is to cute. For example tonight Morgan was in her room in time-out crying and Whitney would NOT stay out of her room, she just kept telling me Morgan sad, Morgan sad. Finally I just let her go hang out with her in time-out (kind of beside the point I know) but she was so concerned. She wants to be so independent and do everything on her own. This is nice and hard all at the same time. We love her So SO much and are so grateful for her and her fun personality in our home! Love you Whitters!!! 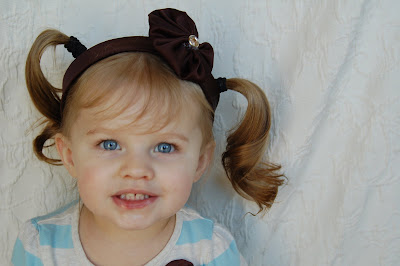 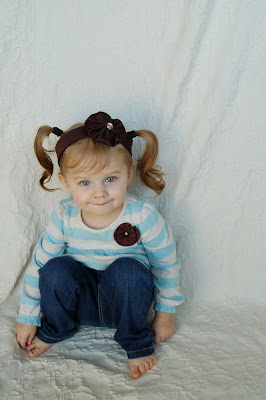 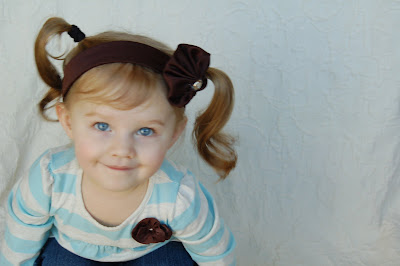 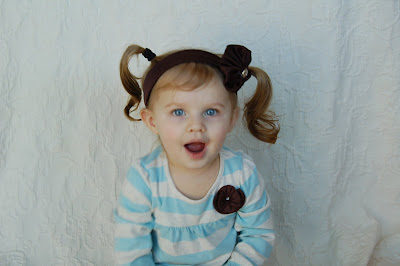 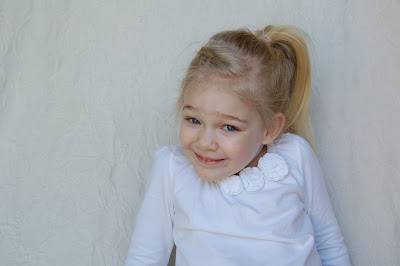 Morgan had to get in on the action as well. So I figured we may as well get all the girls together. 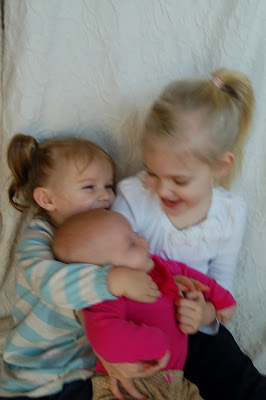 So, I know that this picture is all fuzzy but I love it because it completely captures how much my girls really like each other...right now. ;) Don't get me wrong they definitely get on each others nerves, but for the most part they can't get enough of each other. 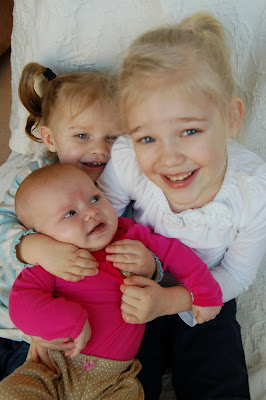 Nikki seriously LOVES her sisters. Even our pediatrician said something. 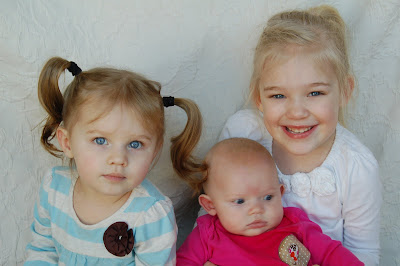 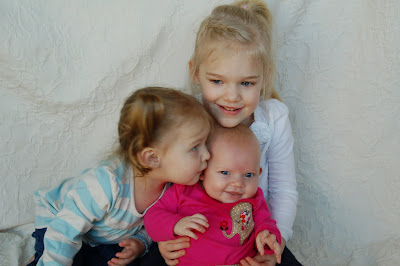 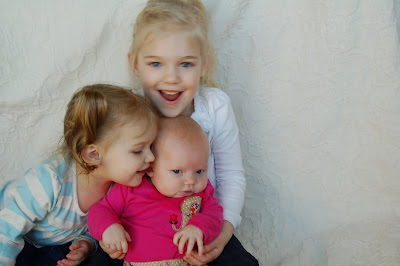 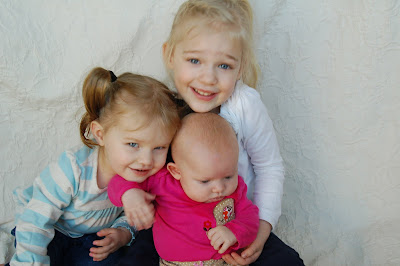 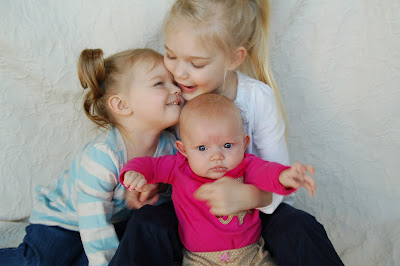 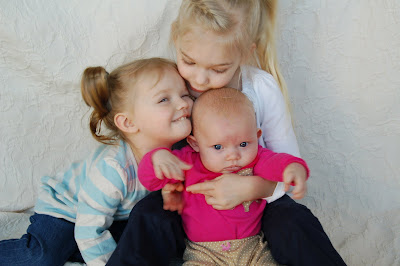 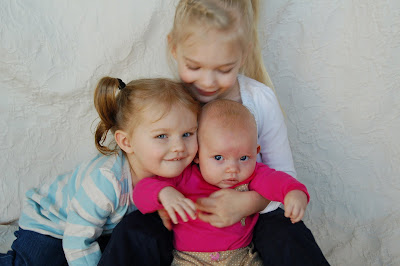 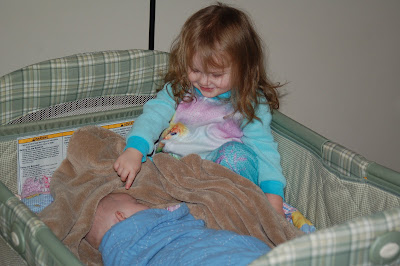 Whitney loves to sneak into Nikki's room while she is sleeping...one day this was how I found her...the little stinker! 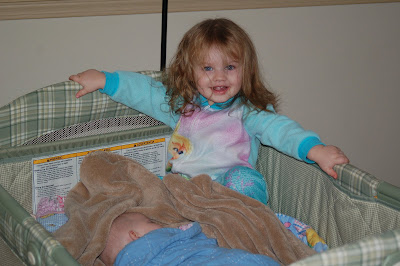 She was SO proud of herself! 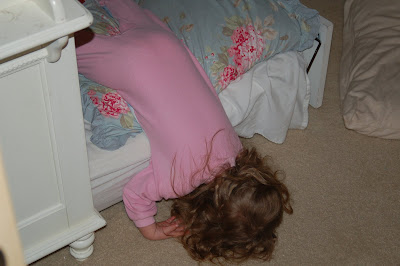 When we went to check her on her one night and this is how we found her, how can you sleep like that?!? 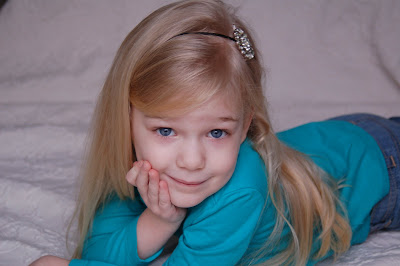 I am working on a project right now, we will see if it works out but here are some pictures of Morgan that I took for it. 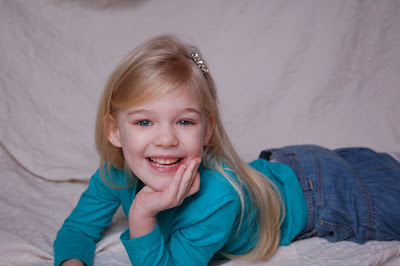 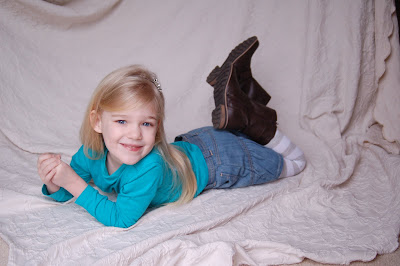 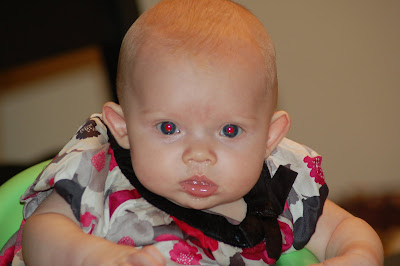 And finally, Nicole had a four month check up and for my sake here are her stats: